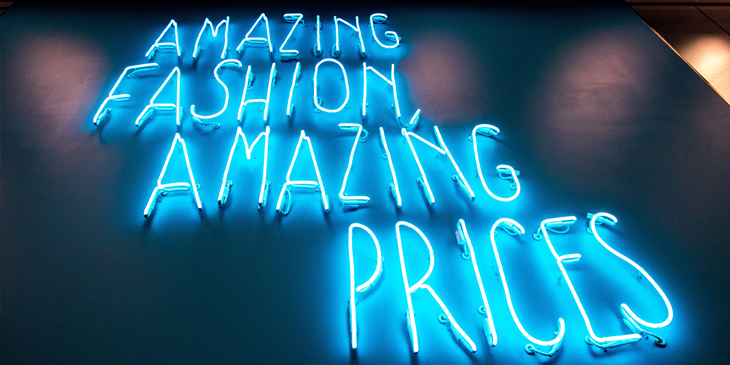 Short on time? Click here to check out the infographic at the bottom, for a quick overview of this article.

A recent HM Revenue & Customs investigation (2019) investigating 93 textile industry employers (since 2012/2013) revealed that exploitation in the industry here in the UK was still rife. They found underpayment in roughly 1 in every 4 investigations opened.

Of the 24 cases where underpayment was identified, the total value of penalties was £82,664. Despite previous damming reports of exploitation in the Leicester textiles industry only 6 of the 24 had a Leicester address (however, it’s worth highlighting this is only the registered address so operations could be undertaken elsewhere).

According to the chief executive of the UK Fashion and Textile Association (UKFTA), Adam Mansell, retailers have long been aware that problems exist with exploitation of workers in Britain, but the problems are numerous and difficult to solve.

"There have been efforts in the past to shut down these factories, but unfortunately what happens is they operate under a phoenix system where they will close one day, and then open up under a different name the next day," he told the BBC.

According to the Financial Times; there are garment factories that follow the law, but a “perceived culture of impunity” has created a bizarre microeconomy where larger factories using machines are outcompeted by smaller rivals using underpaid humans.

This combined with a relentless push for cheap prices for retailers makes it harder for manufacturers to improve.

In 2014 the Ethical Trading Initiative (an alliance of companies, organisations, and trade unions) estimated 75% to 90% of the garment industry in Leicester, UK, was paying less than half the legal minimum at the time.

Ethical Trading Initiative members have worked to create a forensic auditing system for UK suppliers called ‘Fast Forward’. This system was implemented several years ago, and resulted in them cutting the number of Leicester factories they use significantly; reducing it from about 130 to just 30. However, while this seems like a positive action, one factory worker, Santoshan Sangha, said his factory committed to Fast Forward for three years but then lost £100,000 and went out of business (source: https://www.ft.com/content/e427327e-5892-11e8-b8b2-d6ceb45fa9d0). This reiterated the issue that some factories feel they need to bend the rules in order to compete, and avoid the work being sent elsewhere.

According to Quartz: these problems are not just limited to the UK. In the US, a recent Labor Department investigation of factories in Los Angeles producing for major brands discovered labor violations in 85% of them. Workers earned $7 an hour on average—$3 less than the state minimum—though some earned as little as $4 an hour.

How can I buy garments that are ethical?

With all this being said, it seems like an impossible feat to purchase clothing garments that are ethically manufactured, even here in the UK. However, there are a few simple measures that can be taken to ensure your products are made ethically.

First and foremost, if you’ve been quoted a price that is a lot cheaper than anywhere else, the odds are a corner is being cut somewhere along the supply chain. In some instances this isn’t the case, but it’s always worth asking how the supplier is able to get that lower price, especially if the exact same product somewhere else is more expensive.

Additionally it’s often worth looking into the production methods of the products. Some methods are cheaper and more automated than others; however, where everyone is using the same methods, prices should be similar across the industry, as the materials and labour costs will be about the same.

Lastly, look for credibility. This can come in many formats, however, if the supplier has traded under the same company name for many years and holds a high reputation for their ethical and environmental values, the odds are much higher that they are genuinely credible.

Finally, help to be part of the solution. Every purchase you make, is a vote for the type of world you wish to live in - so make it count.

* Find this article useful?
Sign up to our newsletter, for the latest news, resources, trends and exclusive discounts.

If confirmation doesn't arrive in your inbox following subscription check your spam/junk mail.

Register below to get your Ultimate Guide to Getting Your Artwork Right for Print & Embroidery.

If confirmation doesn't arrive in your inbox check your spam/junk mail.

How many items do you need?

We keep things simple, just select the quantity you need and we'll send you in the right direction.

Whether you're looking for tips or a bit of inspiration we can help, just chose from the blog categories above.